You hear it quite often: "I felt like I was watching a soap opera!"

Soap operas (or soaps, for short) have been one of the longest running, most enduring genres in television. Starting off as daily radio programs in the 1930s, soaps got their name because companies such as Procter & Gamble were their sponsors. In those early days, radio soaps would be scheduled during the day, at times when the average housewife was available to listen. Thus, the main target were women.

From the offset, radio soaps proved to be extremely popular. Shows such as MA PERKINS and THE GUIDING LIGHT ran on radio for decades, entertaining multiple generations and bringing in strong numbers. Some of the shows eventually made the jump to television, most notably THE GUIDING LIGHT, which had its television debut in 1952 and continued to produce episodes until 2009, for a total of a 70 year run. To this day, GUIDING LIGHT remains the longest running drama in television and radio (credited as such by the Guinness Book of World Records). 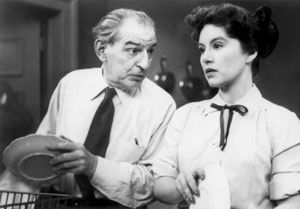 Since then, soap operas have been a genre that has flourished all throughout the world. Originally seen just in the daytime via shows like GENERAL HOSPITAL, THE YOUNG AND THE RESTLESS and DAYS OF OUR LIVES, we eventually saw this particular dramatic form expand and move to primetime as well. Starting off with PEYTON PLACE in the 1960s, soaps then had their heyday with the uber-popular shows DALLAS, DYNASTY, KNOTS LANDING and FALCON CREST which dominated the ratings and popular appeal throughout the 1980s.

Since the success of the Big Four, primetime soap operas have been a permanent staple on TV. From MELROSE PLACE to DESPERATE HOUSEWIVES, one realizes that a big portion of series out there have been soaps, or have heavily used the soap format, which is open-ended, serialized storytelling, which is expected to last a span of several episodes.

And, yet, it is very interesting to note that soap operas have a very negative connotation attached to them. According to museum.tv, "the term itself signals an aesthetic and cultural incongruity: the events of everyday life elevated to the subject matter of an operatic form. To call a film, novel, or play a 'soap opera' is to label it as culturally and aesthetically inconsequential and unworthy." Despite the fact that such shows comprise a large portion of programming and are watched by millions of people, they are still considered lower-level entertainment, full of over-the-top antics, melodrama and bad acting.

However, it is worth to take a look at just how ridiculous such a notion is. I am not one to claim that just because something is successful also means that it is good, but the long history that soaps have had cannot be ignored. The mere fact that some have survived more than four decades speaks volumes about the sustainability of the genre.

It also cannot be disputed that soaps have not only been popular, but they have been the most popular offerings at various times. DALLAS, for example, was America's number 1 show for five seasons. DYNASTY was an international phenomenon. GREY'S ANATOMY was a media obsession. In the United Kingdom, early evening soaps such as CORONATION STREET and EASTENDERS are the most-watched programs in the country, seen by more people than primetime shows. That is not to say anything about Latin American countries, whose telenovelas are not only extremely popular but also dominate the airwaves and are bought and distributed globally. 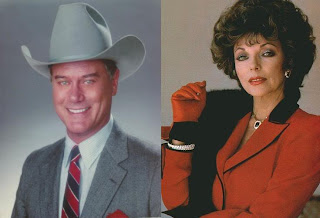 So, why is it that soaps are looked down up in such a way? Some say that it is because they are still conceived as a "'women's' genre, and, it has frequently been assumed (mainly by those who have never watched soap operas), of interest primarily or exclusively to uncultured working-class women with simple tastes and limited capabilities" (museum.tv). There also seems to be the expectation, as mentioned above, that a soap opera will be unrealistic, badly written and badly produced. This seems to come in sharp contrast with a lot of reviews, however. Reviews for shows such as REVENGE, whose high levels of production values, writing and acting cannot be disputed. Shows like ER, with its medical soap format, that was heavily praised and awarded for its excellence. Critics feel the need to mention how "soapy" a show is and reassure their readers that, despite that fact, they are still good.

Another reason why this cultural hatred towards soap operas doesn't make sense is the paradox that they are being made fun of, when their formats have been copied and their staples haven been borrowed by the same people who degrade them. Despite the negative attitude towards soaps, it is quite evident that they have had a very big effect on the TV landscape today. Most shows that are on right now have adopted a serialized format, including character arcs, long storylines, and cliffhanger endings, all characteristics created for and typically associated with soaps.

Of course, one cannot deny the excesses that soaps often find themselves drowning in. No one can claim that a family going through kidnappings, bomb attacks, murders, blackmail, rape, shootings and fires is an accurate representation of how life is. While some of the most outrageous plotlines have been known to happen in real life as well, soaps do operate in a much different reality than we do. However, I do not necessarily find them much less real than other so-called "realistic" shows such as CSI, or BONES. Just because the procedural details are paid attention to does not mean that a show is more real. It just means that it is believably done, that one can believe in the situations and circumstances than he or she sees.

The same can be said of a soap. I do not watch a series because I expect it to be realistic. In fact, US TV is known to be anything but realistic. But what matters is that the characters, the dynamics, the relationships are believable and that you can subscribe to them, despite those people apparently living in an alternate reality. And that's what the appeal of soap operas has been to millions of people, throughout many decades: The emotions, the pain, the happiness, if done well, can feel real, something you can relate to and totally understandable under the circumstances. There is a certain suspension of belief that has to be created when watching anything, even the most "realistic" of movies, and that can be achieved if the writing is in place.

Regardless of one's personal taste, the cultural bias that confronts soap operas is very interesting. I have always had a strong feeling that if it were considered a "male" genre, most of the negative connotation associated with them would not be so prevalent. Furthermore, various soaps have proven to be popular and critical darlings for years at a time, which only shows that it's more of a reputation issue than an actual grievance with quality. Plus, if they are so bad, why did everyone copy them? Isn't that supposed to be the sincerest form of flattery?
Posted by Athos Vartis at 11:56 PM